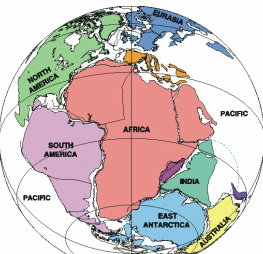 diagram of Pangea
﻿1. What is the definition of Pangea? Why is it an important part of Ancient History?﻿

Alfred Wegener came up with the theory of continental drift and the continents once being one. Alfred was born in 1880 and died in 1930. Alfred first proposed his theory of the continents once being together in 1912. Ways that helped him show his theory of Pangea was the apparent fit of coastlines, identical fossils on either side of the ocean, identical rocks and mountain structures on either side of the ocean, coal in cold regions and glacial evidence in warm regions.

Pangaea was an important part of Ancient History because it was a large landmass of all countries in one, and it explains why the continents are where they are today. It explains the occurrences of major natural disasters. It helps explain fossil findings and mountain and rock correlations around the world.

Later in the years of Pangea it started to split apart into landmasses called Laurasia and Gowanaland, this was during the Triassic and Jurassic. The cause of Pangaea breaking apart was the constant movement of the Earth’s tectonic plates. More years past and the landmasses kept moving and braking until they drifted to where they are today. 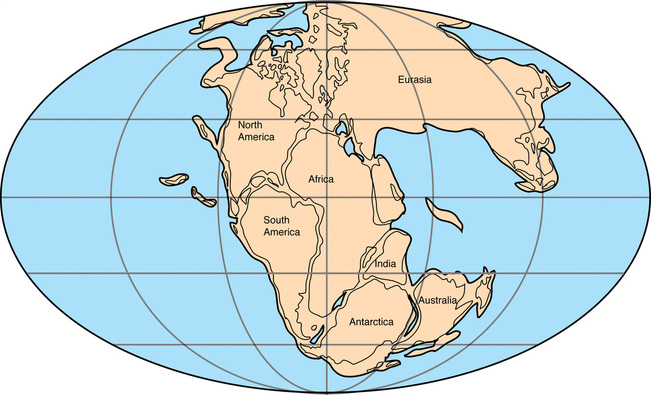